Aerotec has purchased an entrol A32 FNPT II MCC simulator, which is based on the Airbus 320.

This simulator will be installed in Cuatro Vientos – Madrid Airport and it will be used for MCC, CPL, ATPL and JOT courses in line with the skills

demanded by the airlines to fly a commercial twin jet.

It will be equipped with a fully functional hardware based on the A320. This improves the pilot immersion during training by simulating the cockpit and systems of the 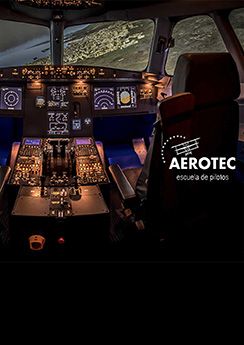 Aerotec is a Spanish center of aeronautic training recognized by the European Rule JAR-FCL. It was founded in Madrid in 1993 and with subsequently opened several bases in