The Entrol´s A18 simulator has been certified as FNPT II MCC for Heli Protection Europe (HPE). This is the first simulator based 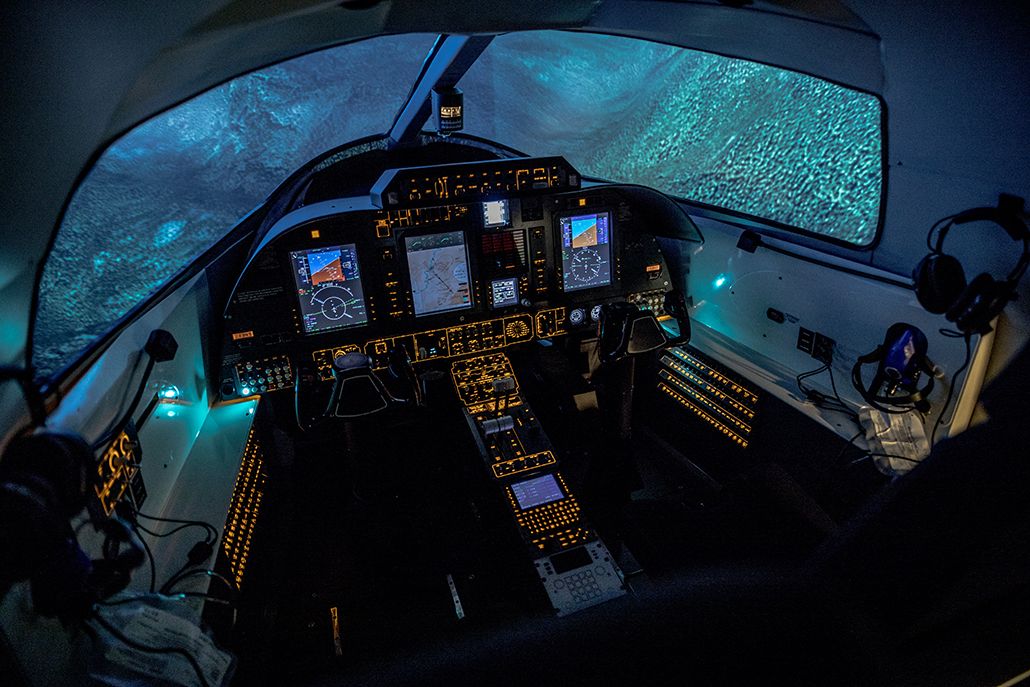 This simulator is based on a Piaggio Avanti II, an aircraft very used for VIP transport, FLIR, SAR and military purposes. This model improves the

speed and fuel efficiency from its previous version.

The simulator´s cockpit is a replica of a Collins ProLine 21 with WX-radar, FMS and ESIS. It has a cylindrical visual with a 3-channel projection

system and a high resolution database of Italy.